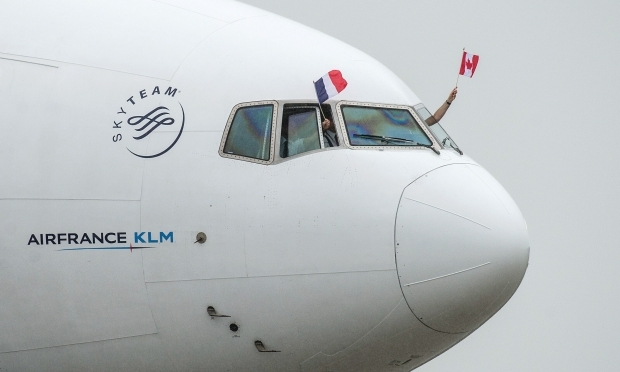 Despite the light rain and grey skies, the mood was bright Sunday afternoon at the Vancouver International Airport. 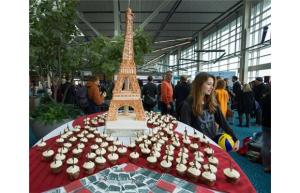 The first of Air France’s non-stop flight service between Vancouver and Paris touched down this past Sunday, welcomed by a host of dignitaries and politicians.

Air France is offering service 3x per week and growing to 5x per week to accommodate for the popular summer season in Paris.

“Bienvenue Air France! British Columbians have been asking for direct service to Paris for some time and we are very excited to welcome Air France to YVR,” said Craig Richmond, President and CEO, Vancouver Airport Authority.
Passengers on the inaugural flight were treated to a post-landing celebration in the terminal with French themed treats including an Eiffel Tower-shaped cake, croissants, and baguette sandwiches and live in entertainment.