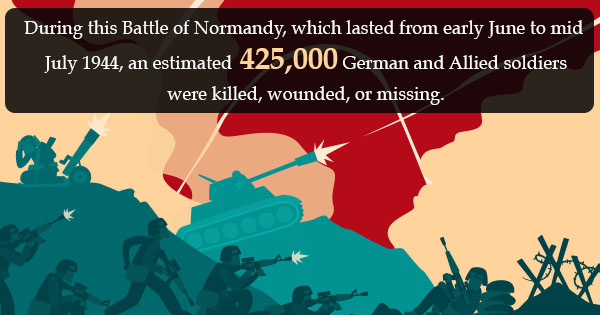 June 6, 1944 was a day that will be marked in history forever. It was on that day that 156,000 Allied soldiers stormed the beaches in Normandy, France in the fight for French freedom from Nazi occupation. During the Battle of Normandy, which lasted from early June to mid-July 1944, an estimated 425,000 German and Allied soldiers were killed, wounded, or missing.

Known as Operation Overlord, this battle eventually led to the liberation of Paris by the Nazis on August 25, 1944. With the day’s recent 72nd anniversary, here is how you can step back into history during your trip to Paris.

Tourists come from all over the world to visit Paris. Its surrounding area was the number one tourist destination in 2013, with a total of 32.3 million tourists staying in Paris luxury rentals, in fact. This number is set to grow to 1.8 billion by 2030, with the majority of tourists — 83% — visiting from surrounding European countries. As these people are German, British, Belgian, Italian, and American, the Normandy Beaches will be able to offer perspective to any who visit as these countries were all involved in Operation Overlord.

The Five Beaches
D-Day was the largest seaborne military invasion in world history. The Normandy beaches were split between the three major Allied forces, the Americans, the British, and the Canadians.

The Americans landed at Utah and Omaha Beaches. Omaha Beach was the bloodiest battle of that day, with reports of 2,400 U.S. troops perishing during the battle. The Canadians landed at Juno, and the British stormed both Gold and Sword Beaches.

During the invasion, the Allied forces struggled with inclement weather, rough seas, and a severely underestimated amount of German forces. The beaches were set right below cliffs, with the Germans firing from the top of the mountains. Many saw this mission as a doomed failure, but after a relentless 24 hours, the Allies took a foothold.

Visiting these beaches is an easy day trip from Paris, as they can be reached in about two hours by bus from Paris. There are many day tours available, and these will bring you to

It will sure be a somber day, but is a must see for any visitor on their vacation in Paris.